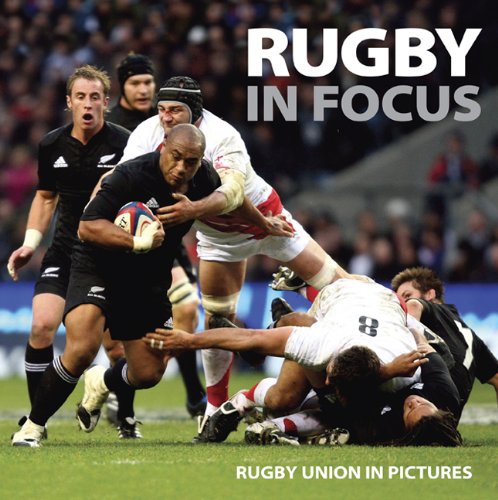 Rugby in Focus Book - Rugby Union in Pictures, this story is told in almost 300 photographs from the vast archives of the Press Association, whose photographers were on hand to capture the finest moments of the sport over more than a century. As far back as the 1830s a form of rugby was being played at Rugby Public School, after pupil William Webb Ellis first picked up a football and ran with it. In 1863 the Football Association met to standardise a common set of rules between the kicking and running games but failed to meet with the approval of the rugby fraternity. Twenty-one clubs refused to join the FA and in 1871 set up their own code of practice as The Rugby Union. The popularity of the game quickly spread beyond Britain's shores becoming an international sensation. 100 Years of Rugby in Focus is a visual, historical record of the development and growth of the game, with background to more than a century of the most successful teams and the greatest matches, a players hall of fame, and a guide to the hallowed grounds where the game is played. The perfect book for rugby union fans! This paperback book has 300 pages and measures: 23.4 x 23.1 x 2.3cm.