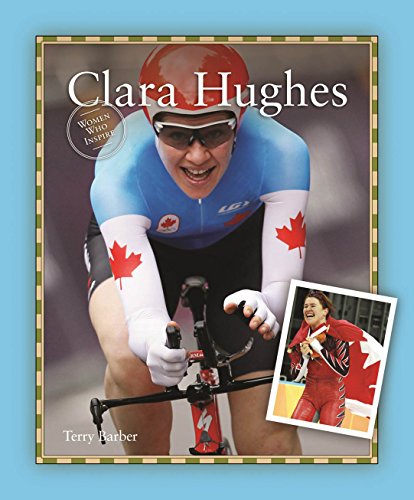 This biography of Clara Hughes is a high-interest, low-vocabulary book for adolescents and adults with limited literacy skills. Clara Hughes (1972 - ) was on a risky path as a teenager. Watching the Olympic Games in 1988 changed her life. She was inspired to go for gold. Although she began training as a speed skater, her coach encouraged her to pursue cycling. Clara excelled at cycling and won Olympic medals. However, she went back to her original dream of speed skating and won Olympic medals in that sport as well. She was the first athlete to compete in and win medals in both the Summer and Winter Olympics. Clara decided to give back by working with youth at risk and providing opportunities for children to play sports. She currently dedicates her time to raising awareness about mental health issues such as depression, which she herself has struggled with in the past.