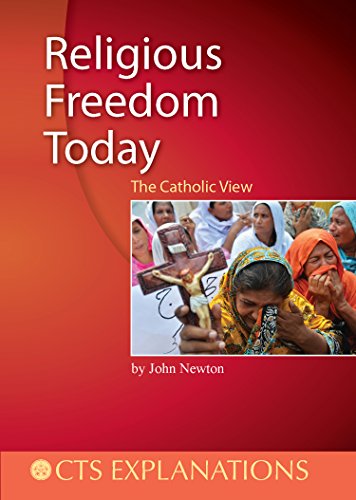 “In the world today freedom of religion is often talked about rather than put into practice.” - Pope Francis.
Today being a Christian could cost you your life. Catholic thinking on religious freedom believes that secular states should grant religious freedom to everyone who lives in them, and no one should be coerced in religious matters, either to hold, or not to hold, a set of beliefs or propositions - or forced to act in a manner contrary to their beliefs. Equally, for Catholics religion plays a positive role in society: so that civil authorities not only respect the rights of religious groups, but that they allow space for them to nurture their members, to contribute to society through their charitable works, socially orientated institutions, and insights and wisdom.